HMRC Is Speeding Up on Furlough Claims

In order to streamline the processing of those who are making claims under the coronavirus job retention scheme (CJRS), specifically for 16 to 99 employees, HMRC has come up with a time-saving template. Unfortunately, for some people, the arrival of the template is a bit too late.

Payroll professionals and agents will no longer be manually inputting CJRS data, particularly for clients making a claim of up to 99 employees. Now, all they need to do is upload all the details by using a single template.

The template was first introduced on May 27, but it seems that some people are not aware of it. Fortunately, some users discovered the template option after they were processing several CJRS claims manually.

In this template, agents and employers are given the chance to upload the information of the claims of 16 to 99 employees. However, if you are making claims for less than 16 employees then you will have to use the existing manual method.

The other reason for extending spreadsheet uploading to fewer employees is that if you have a missing national insurance number, this does not stop you from including that employee since you can use their employee number.

On the other hand, if employers or agents upload less than 16 employees then they will have to exclude an employee who does not have a national insurance number and separately telephone their claim so it can be included by the telephone operator.

Indeed, this is wonderful news. The fact is, it has taken a long time for the threshold to be reduced. Regardless if the number of claims have significantly dropped, it can still be valuable to some people.

What Does the CJRS Template Consist of?

For those who are interested in using the template, HMRC requires that the file should be uploaded along with the following information for every employee:

HMRC advised that the users must do the following to prevent the template from being rejected:

The Process is Much Quicker

The Template Is Too Late for Some People

For the past year, payroll personnel and agents have been trying to avoid making furlough claims for several employees. The struggle of accomplishing this task has become the constant complaint of most users.

However, as new users are welcoming the template, the news was a bit too late for those agents and payroll staff who have been working so hard for months on making CJRS claims. Furthermore, this time saving tool was launched just as the lockdown restrictions were not so strict anymore.

According to one user, now that the country has started re-opening and employers have ceased furlough and only made fewer claims, HMRC launched a template for 16 to 99 employees. It seems that they are 12 months late. This is actually true for agents who have clients that now have less than 16 employees on furlough.

On the other hand, another user was not impressed by the launching of the template because it seems that Gov.uk kept it hidden without any announcements. In fact, it has caused a tremendous wasted time of many people over a period of one year. HMRC just makes the situation even worse by telling us that the template only works for fewer employees. If you are interested in using the template, then you can download the template here. 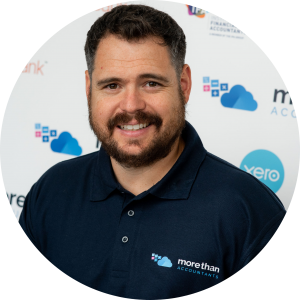